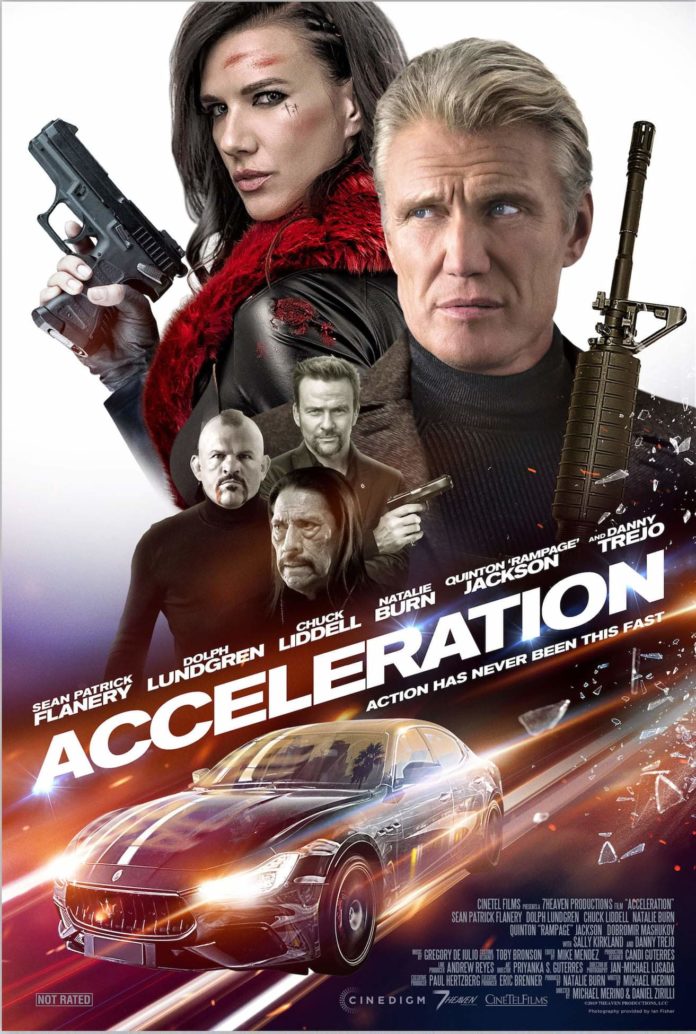 Synopsis: Vladik Zorich (Dolph Lundgren), a villainous crime lord, is double-crossed by his most trusted operative Rhona (Natalie Burn). Vladik’s propensity for power, control, and violence drives him to kidnap Rhona’s son forcing her to participate in a twisted plan to eliminate one of Vladik’s enemies. To keep her on a short leash, Vladik sets out the ‘rules’ to his ‘game’ and overseas Rhona’s every move as she navigates the darkened streets of Los Angeles. As her son’s life hangs in the balance, Rhona struggles to eliminate the most violent and depraved delinquents, however, Vladik underestimates the power of a mother’s love and finds himself losing control as his devious plan.

Acceleration hits select theaters, On Demand and Digital HD on November 8 and on Blu-ray and DVD in December 2018.