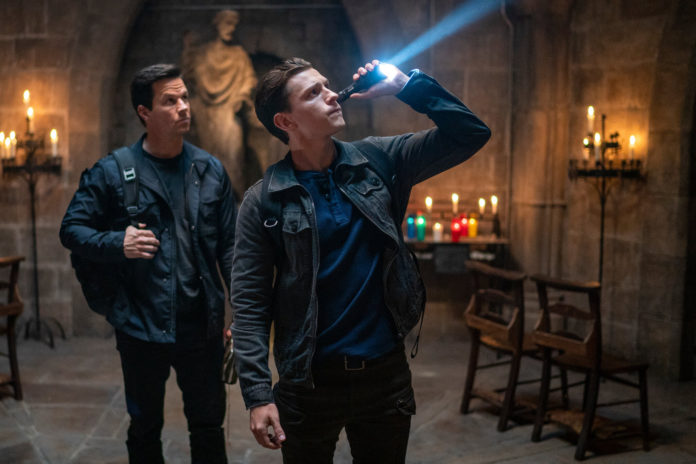 UPDATE: Have a look at the Final Trailer for Uncharted!

UPDATE: The Official Trailer for Uncharted is here!

Synopsis: Based on one of the best-selling, most critically acclaimed video game series of all time, Uncharted introduces audiences to the young street-smart Nathan Drake (Tom Holland) and showcases his first treasure hunting adventure with wisecracking partner Victor “Sully” Sullivan (Mark Wahlberg). In an action-adventure epic that spans the globe, the two go in dangerous pursuit of “the greatest treasure never found” while also tracking clues that may lead to Nathan’s long-lost brother.

UPDATE: Here is your first look at Tom Holland as a young Nathan Drake!

UPDATE: A replacement for director Travis Knight has been found in Ruben Fleischer (Venom). It was also announced that Antonio Banderas (The Expendables 3), Sophia Ali (Truth Or Dare) and Tati Gabrielle (Netflix’s Chilling Adventures of Sabrina) will be joining the project.

UPDATE: Due to scheduling conflicts, director Travis Knight (Bumblebee) is no longer attached to the project. A search for a replacement is underway.

A live-action adaptation of the hit video game Uncharted is coming from director Travis Knight (Bumblebee) with Tom Holland (Spiderman: Far From Home) set to star as Nathan Drake.

Originally intended as an action vehicle for Mark Wahlberg (Mile 22) back when director David O. Russell was still on-board, but when the script changed to an origin story, Holland stepped in as a younger Drake.

However, Wahlberg is still a part of the project as he is in talks to portray Victor “Sully” Sullivan, “an American treasure hunter, fortune seeker and businessman, as well as a friend, mentor and father figure to Drake.”