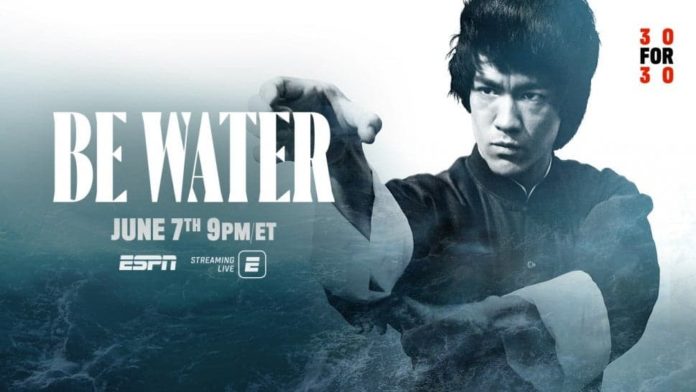 UPDATE: See the official Trailer below!

UPDATE: Take a sneak peak at Be Water below!

Following the highly successful Michael Jordan documentary series The Last Dance, ESPN will be debuting another documentary on the one and only legendary Bruce Lee.

The documentary is titled Be Water and will be released under ESPN’s 30 for 30 on ESPN. Directed by Bao Nguyen (Live from New York!), Be Water will give us a deeper look into the life and legacy of Lee through interviews with his family and friends including his wife and daughter, Linda and Shannon Lee, as well as his brother, Robert Lee.

Nguyen stated: “There are so many intimate stories about him as a person that people don’t know compared to the legend, the mythical martial artist. That’s the story my team and I wanted to show. It was difficult because back then, people didn’t have iPhones shooting everything. Finding the archival films and bringing those to new life with the relative interviews. Building that story from the past was the goal.”