North American fans who are itching to see martial arts superstar DONNIE YEN (Ip Man) on the big screen are in luck! Director DANIEL LEE’s 14 BLADES (2010) will get a theatrical release here in the states on AUGUST 22nd! Check out the just release U.S. trailer below:

For those unfamiliar with the film, the plot revolves around the Ming Dynasty and centered on a secret service agent (Donnie Yen) in the emperor’s court who is betrayed and then hunted by his colleagues. 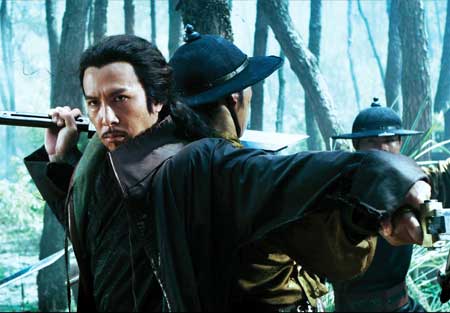 Co-starring in the movie is VICKI ZHAO (So Close), WU CHUN (Assassin’s Blade), with a cameo appearance by SAMMO HUNG (Ip Man 2).

In addition to being release on the big screen, ’14 Blades’ will also be On Demand on August 22nd, followed by a September 2nd Blu-ray & DVD release.