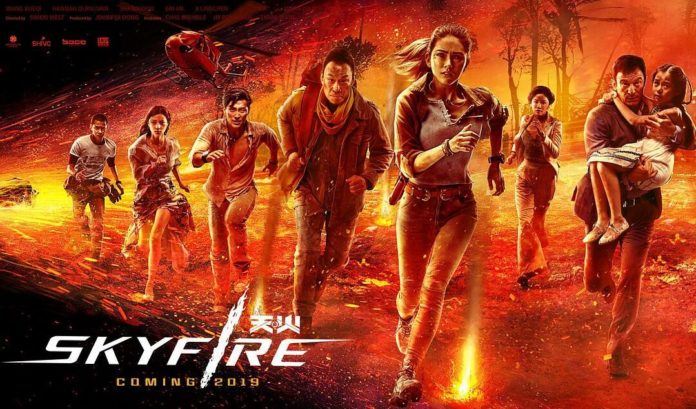 The Chinese disaster actioner Skyfire directed by Simon West (Con Air, The Expendables 2) is finally getting a U.S. release via Screen Media.

Synopsis: A young scientist (Quinlivan) invents a cutting-edge volcanic warning system and returns to the tropical island where her mother tragically died, hoping she can prevent future deaths. The island is now home to the world’s only volcano theme park and resort, the brainchild of its reckless owner Jack (Isaacs). Chaos soon erupts when the once dormant volcano starts to rumble. It’s a battle with nature to get off the island while fiery death and destruction rains down from the mountain.

Skyfire is set to release On Demand and Digital January 12, 2021.