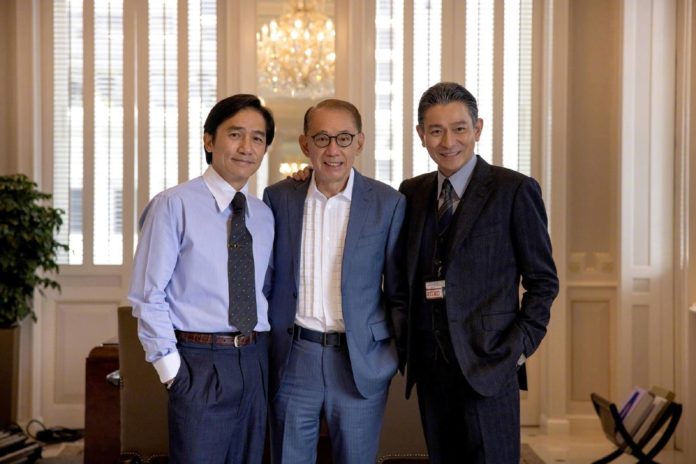 18 years later after the release of Infernal Affairs 3, superstars Andy Lau (Shock Wave 2) and Tony Leung (Shang-Chi and the Legend of the Ten Rings) are back in the upcoming Hong Kong film, Once Upon A Time in Hong Kong.

Sharing the same title as director Wong Jing’s latest film about Hong Kong police corruption in the 1970’s, the Felix Chong-directed film is based on the story of Carrian Group, a rising Hong Kong corporation in which a corruption scandal has led to its demise in 1983.

In the first-look pictures posted by Emperor Motion Pictures Facebook page, Lau can be seen pictured alongside co-star Tony Leung and crewmembers such as director Felix Chong (Project Gutenberg).

The photos show Lau and Leung on-set as Lau is portrayed as a gray-haired ICAC (Independent Commision Against Corruption) Investigator and Leung plays a role based on George Tan, founder of Carrian Group.

The film’s release date has not yet been announced but filming has officially wrapped.