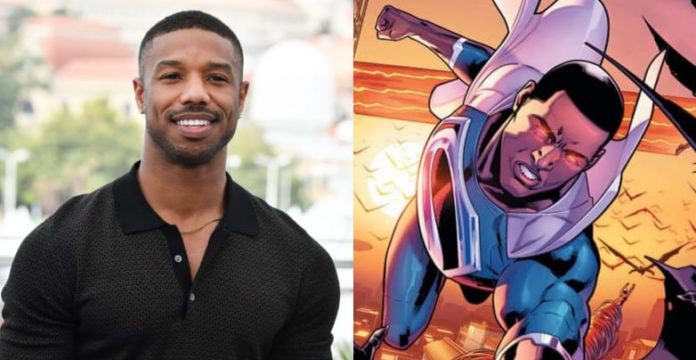 UPDATE: Darnell Metayer and Josh Peters are set to write the Black Superman project, which will focus on Val Zod, the second DC character to take up the mantle of Superman.

Metayer and Peters most recently completed the script for the upcoming Transformers: Rise of the Beasts.

Actor Michael B. Jordan (Creed) has been trying to get a Black Superman project off the ground since 2019 and it looks like its finally becoming a reality.

According to Collider, Jordan and his production company Outlier Society are now developing a Superman limited series that focuses on Val-Zod for HBO Max. A writer has been hired to work on the script with Jordan producing and possibly star in the series.

This project is not to be confused with J.J. Abrams’ other Black Superman film in development for Warner Bros.

For those unfamiliar with the character, Val-Zod is the Superman from Earth 2, where he is one of the last Kryptonians, and the second to assume the mantle of Superman. The character was orphaned after his parents were executed by Krypton’s high court, though he was found on Earth 2 by Terry Sloan, who offered the young alien asylum to “protect” him from the outside world.