UPDATE: Have a look at the U.S. (above) and Taiwanese posters, trailer, and behind-the-scene videos for BUS 657 aka HEIST! 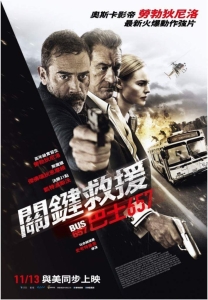 SYNOPSIS: When their attempt to rob a casino owned by the feared gangster Pope (Robert De Niro) goes awry and a shootout ensues, Vaughn (Jeffrey Dean Morgan) and Cox (Dave Bautista) are forced to flee on foot and hijack city Bus 657 and take the passengers hostage. Now, in a high speed chase, Vaughn will not only have to outwit the police, led by Officer Bajos (Gina Carano) who are in hot pursuit, but he will have to contend with Pope’s maniacal right hand man, Dog (Morris Chestnut), in order to make it through the day alive. But we quickly learn that things are not what they seem, and Vaughn has more than one card up his sleeve. 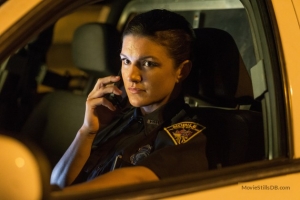 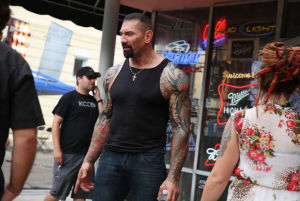 Looks like GINA CARANO (In The Blood, Fast & Furious 6) will have to put her MMA comeback on hold for a little while longer. Carano have signed on for two projects including a reboot to KICKBOXER and the heist action thriller BUS 657 directed by SCOTT MANN (The Tournament). The film features an ensemble cast including ROBERT DE NIRO (Heat), DAVE BAUTISTA (Guardians Of The Galaxy), JEFFREY DEAN MORGAN (Watchmen), and KATE BOSWORTH (Superman Returns). 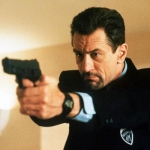 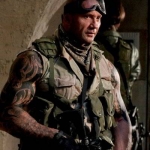 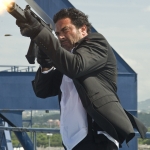 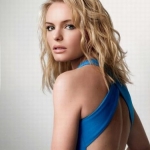 The plot “centers on a father (Morgan) without the means to pay for his daughter’s medical treatment. As a last resort, he partners with a greedy co-worker (Bautista) to rob a casino and the two hijack a bus full of hostages and things go awry. De Niro will play Frank “The Pope”, owner of the casino, and Bosworth plays his estranged daughter. Carano is a policewoman in pursuit of the hijacked bus.”

Carano will start filming ‘Bus 657’ in October and ‘Kickboxer’ in December.