UPDATE: Check out the Indonesian Trailer and Poster below! 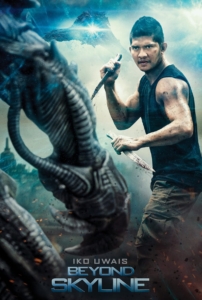 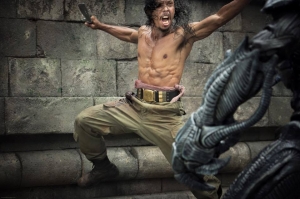 UPDATE: Have a look at the latest images featuring IKO UWAIS and FRANK GRILLO! 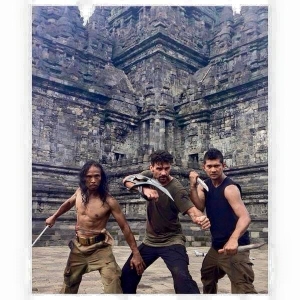 UPDATE: Actress BOJANA NOVAKOVIC (Edge Of Darkness) have joined the cast of BEYOND SKYLINE and will be whoopin’ some alien asses alongside IKO UWAIS and FRANK GRILLO! Check out these updates from the trio’s official Instagram and Twitter feeds:

Couldn’t be more honored – learning how to be an action hero from No. 1 #ActionHero #IkoUwais and No. 7 #FrankGrillo

Here’s a little taste of what to expect:

Try to make the new option

UPDATE: Lead actor FRANK GRILLO (Captain America: The Winter Soldier) confirms via his Twitter account that he have begun training with IKO UWAIS and his fight crew in Indonesia!

Me and my new brotha @iko_uwais and his amazing crew working on the best fight sequence I’ve ever been in. #beast pic.twitter.com/m5Pj4FbuBM

Grillo is describing the film as ‘The Raid’ meets ‘War Of The Worlds’. So I guess we better get ready for some crazy Silat alien invasion ass-kickin’! 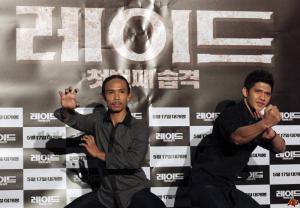 Wait…WHAT??!! The sequel to 2010’s mediocre alien invasion flick SKYLINE??! Yup. That ONE. The one major complaint from the few people who have actually seen the film was that it ended exactly when it started to get interesting. It ended when the ACTION, the alien ASS-KICKING, was about to START!!! Moviegoers like myself left the theater very angry and felt totally ripped off.

What is crazy is that this sequel is taking the ‘300: Rise Of An Empire’ approach by having it take place DURING the event of the original. That means we STILL won’t be able to see what happened AFTER the ending of the first one!

Anyhow, hopefully the filmmakers will redeem themselves with this semi-sequel especially with Uwais and ‘Mad Dog’ on board alongside FRANK GRILLO (Captain America: The Winter Soldier) to spearhead the action. This trio will also be working together on director PATRICK HUGHES’ upcoming U.S. remake of ‘The Raid’ with Uwais and Ruhian serving as action choreographers.