UPDATE: The film will be getting a limited theatrical release on September 18th! 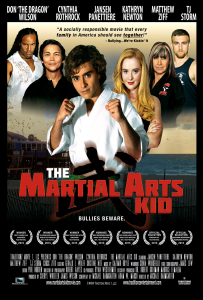 In the vein of ‘The Karate Kid’, this film follows a troubled teen from Cleveland who experiences bullying in Cocoa Beach, he soon learns Martial Arts from his uncle (Wilson) and aunt (Rothrock) to gain confidence and self-defense skills.