UPDATE: ‘John Wick’ gets “relit” in the latest posters along with the Super Bowl Spot! 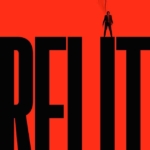 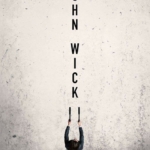 UPDATE: Trailer #2 is here along with the latest Poster (above)!

UPDATE: Check out the latest Banner Poster below!

Stay tuned for the second Trailer coming next Monday! 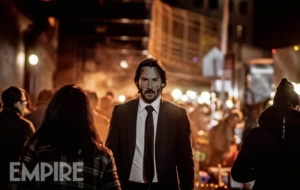 “The mirror room was (Director) Chad’s idea. It’s his homage to Bruce Lee at the end of Enter The Dragon. The whole installation is a maze of mirrors where guys can pop out and disappear. It’s very cool and a lot of fun to fight in.” 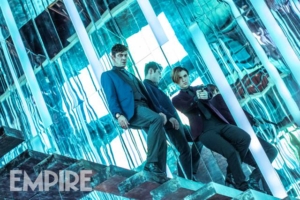 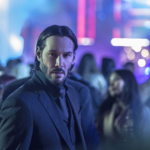 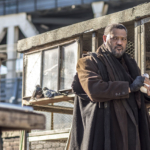 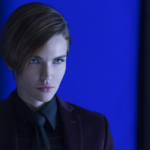 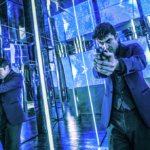 UPDATE: Check out the latest wicked Poster below! 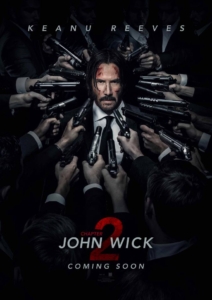 UPDATE: Wick’s new pup is alive and kickin’ in the latest image below! 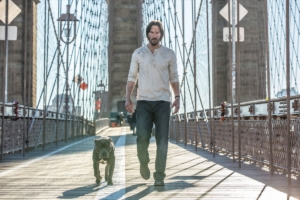 UPDATE: Keanu Reeves gets measured up in the FIRST Poster for JOHN WICK: CHAPTER TWO! 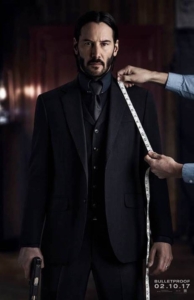 UPDATE: IAN MCSHANE spoke to ENTERTAINMENT WEEKLY recently about his character and what we can expect from JOHN WICK 2 stating: 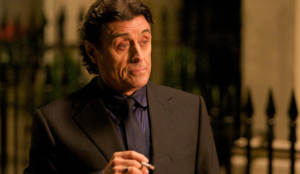 “Well, I’m kind of the only one left from the first one. This is same kind of premise. It’s not like two years later, but pretty soon after the first one. Keanu [Reeves] is a great guy. They got this terrific Italian kid, Riccardo Scamarcio, who plays the chief villain, who’s excellent, and we have a lot of stuff together. And the guy who directs it, Chad Stahelski, is really smart. He’s been Keanu’s stunt guy for [nearly] 20 years and he’s studied muay-thai. He’s got every stunt man who’s available for [this film]. The action looks like it was done by somebody out of Hong Kong instead of Hollywood which I always think is a great sight.”

If the action really does look like something out of “Hong Kong”, we are all in for a major treat.

UPDATE: LIONSGATE have released the official synopsis for the upcoming sequel:

In the follow-up, Reeves returns as the legendary hitman forced out of retirement by a former associate plotting to seize control of a shadowy international assassins’ guild. Bound by a blood oath to help him, John travels to Rome where he squares off against some of the world’s deadliest killers.

UPDATE: KEANU REEVES recently spoke with IGN discussing what we can expect from the “action” in the upcoming sequel:

“For us it was just what is the next chapter? What is the continuation of this story? Opening up the world – the underground world. The world behind the world in terms of the assassins. Kind of evolving the action – if the first one was a black belt, then this one is third degree black belt. It’s such a fun project and a great character.”

He also added a bit about his co-stars LAURENCE FISHBURNE and PETER STORMARE:

“Laurence has this fantastic role as a character in the Underworld called The Bowery King. He plays such a great character in the piece and he brings of course humor, intelligence, charisma and fascination – he’s such an incredible actor and it was a pleasure to work with him again. And Peter Stormare – Stormare has more of a cameo in it but again he brings such fun and mystery and this mixture of groundedness and the surreal.”

UPDATE: Officially titled JOHN WICK: CHAPTER TWO, the film’s setting will shift from the streets of New York to the city of Rome. A release date is set for February 10th, 2017!

UPDATE: Looks like ‘Neo’ and ‘Morpheus’ have reunited! Reeves’ ‘Matrix’ co-star LAURENCE FISHBURNE is spotted on the set of JOHN WICK 2 filming a scene together. 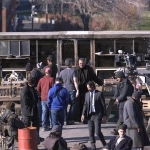 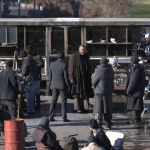 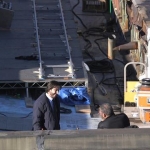 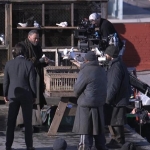 Not sure how big Fishburne’s role is or if it is merely a cameo, it is still pretty damn cool to see these two together once again. Head on over to GOTHAMIST to see more on-set photos.

UPDATE: On-set images of KEANU REEVES in ‘Wick’-mode have emerged! 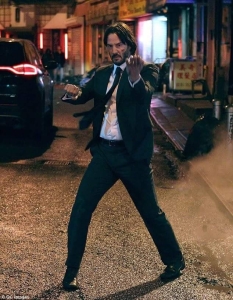 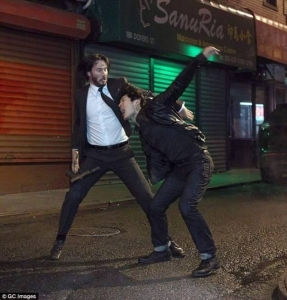 UPDATE: According to this interview (below), martial arts star GARY DANIELS (The Expendables) stated towards the end that he will be filming a project “with Keanu Reeves in New York next month.” 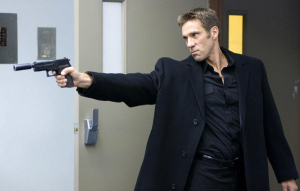 And we all know Reeves is currently filming JOHN WICK 2 in New York at this very moment. Could Daniels be playing a villain ala Daniel Bernhardt from the first film? We will have to wait and see!

UPDATE: Actress RUBY ROSE (Resident Evil: The Final Chapter) have been announced as one of the new cast members!

UPDATE: Have a look at the FIRST image of KEANU REEVES on the set of JOHN WICK 2, currently filming in Brooklyn, New York! 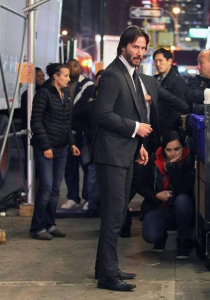 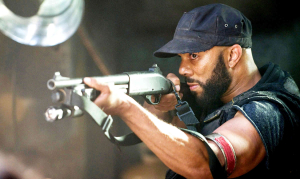 His character is described as the “chief villain, a head of security for a female crime lord.”

Actor IAN MCSHANE will also be back to reprise his role as ‘Winston’, the proprietor of The Continental, the mysterious hotel for assassins from the first film. 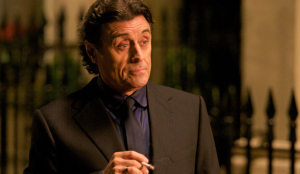 UPDATE: Leading man KEANU REEVES recently sat down with COLLIDER and revealed some plot details about the upcoming sequel:

“I think we have a really good premise, and it’s an organic premise. It’s basically — to me there’s John Wick and then there’s John. You know, John is the married guy whose wife just died, and that five years of his life. Then there’s John Wick, who’s the mythical assassin. In this, John Wick’s past comes and infiltrates John’s life and John Wick, in a way, has to fight for John.”

“‘Why tell the story? Why do we need to do this again? How do we do that without doing another dog?’ So we speak about John Wick, the next chapter, and what is that emotional hook? What is that? So I think we have a good idea of that.”

Regarding the action, he also added:

“We’re gonna do the same kind of thing in the sense of — what are the guiding principles? So it’s longer takes, know where you are on the space, who’s doing what, action with consequence. And then going to other levels of what the gun-Fu was, which was Jujitsu and Judo mixed with weapons and different styles of weapon training. So we’ve been opening up, I’ve been learning some other tools and different styles of that, and trying to develop some more techniques in terms of Judo and Jujitsu and bring those elements into the work. And then we have some other things that might be a little different…But it’s all organic. It’s not like all of a sudden John Wick has superpowers, it’s got to be connected to the character.”

‘John Wick 2’ is scheduled to start shooting at the end of October.

Head on over to COLLIDER for the FULL interview.

UPDATE: According to COLLIDER it looks like CHAD STAHELSKI will be directing JOHN WICK 2 on his own while DAVID LEITCH serve as Executive Producer.

As long as one of these guys are back behind the camera, this sequel should be in good hands.

UPDATE: JOHN WICK 2 is officially set to begin production THIS FALL! DAVID LEITCH and CHAD STAHELSKI will return to the director’s chairs along with screenwriter DEREK KOLSTAD. The film is once again distributed by LIONSGATE’s SUMMIT ENTERTAINMENT who released this statement:

“With such tremendous fan and critical support for ‘John Wick,’ we knew that there was still so much more of this story to tell. We are thrilled that Keanu, David and Chad have re-teamed with us and promise to bring audiences even more excitement the second time around.”

Also look out for 87 ELEVEN ACTION DESIGN (along with J.J. PERRY) to try to outdo themselves with some more wicked action in the sequel!

UPDATE: 87 ELEVEN ACTION DESIGN is back for the sequel and they have brought along TIGER CHEN (Man Of Tai Chi) to possibly help with the action choreography!

Chen recently posted these images on his OFFICIAL FACEBOOK PAGE with the caption “8711 John Wick 2”: 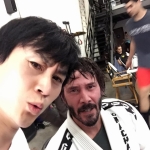 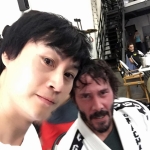 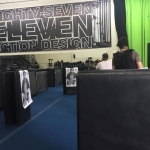 No words yet on if he will be joining KEANU REEVES in FRONT of the camera.

JOHN WICK 2 have officially been announced by LIONSGATE!

Scoring a worldwide gross of close to $80 million on only a $20 million budget, the film was a modest hit and definitely deserves a sequel to continue Wick’s story.

Jason Constantine, President of Acquisitions and Co-Productions stated in a press release that “With such tremendous fan and critical support for ‘John Wick,’ we knew that there was still so much more of this story to tell. We are thrilled that Keanu, David and Chad have re-teamed with us and promise to bring audiences even more excitement the second time around.”

Directors DAVID LEITCH and CHAD STAHELSKI will be returning to deliver us some more slam-bang wicked action!