Check out the trailer for China’s big budget action adventure film MOJIN – THE LOST LEGEND previously known as THE GHOULS.

Directed by WUERSHAN (Painted Skin: The Resurrection), the film is adapted from the popular Chinese novels written by ZHANG MUYE that follows “a group of young treasure hunters on the streets of New York City and ancient tombs in China.” 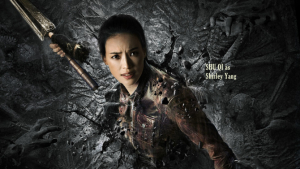