UPDATE: Check out an action clip from ESCAPE PLAN 2: HADES below! 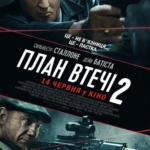 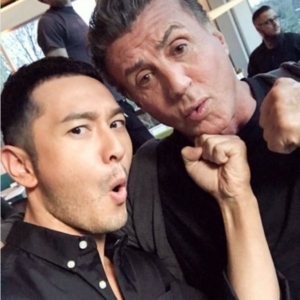 Considering how important the international box office is nowadays, this seems to be a current trend now to cast a Chinese star in a Hollywood film to help boost ticket sales in China.

UPDATE: Sly Stallone shared a video (via Instagram) of him on-set with Dave Bautista and a “robot”. He also revealed the official title of the film is ESCAPE PLAN 2: HADES.

On location filming EXCAPE PLAN 2 HADES WITH Dave Bautista and Jesse Metcalfe … The scene was interesting challenge and turned out great … the film it really has a lot of energy and action Very glad to be part of it. I got a feeling they may be wanting to do a third one pretty soon… Count me in.@davebautista #Lions gate #EscapePlan2

UPDATE: JAMES LEW, best known for his stunt work and fight choreography on the ‘Rush Hour’ franchise and Netflix’s ‘Luke Cage’, is officially the stunt coordinator on ESCAPE PLAN 2.

In da house! Sly going to put the hurt on some bad ass stunties! #escapeplan2

A sequel that nobody saw coming, action legend SYLVESTER STALLONE (The Expendables) is set to return as ‘Ray Breslin’ in ESCAPE PLAN 2 alongside DAVE BAUTISTA (Guardians Of The Galaxy, Spectre).

A follow-up to the 2013 prison break thriller that grossed over $130 million (thanks to China’s box office), part two is directed by STEVEN C. MILLER (Extraction) and also stars JAIME KING (Bulletproof Monk) as ‘Abigail Ross’ with CURTIS ’50 CENT’ JACKSON returning as ‘Hush’ from the first film. No words on if ARNOLD SCHWARZENEGGER will also return. 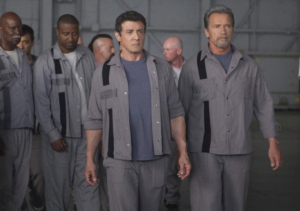 The film will be a joint production between China and the U.S. via Beijing-based Leomus Pictures and Emmett/Furla/Oasis.

Plot details are still under wraps.