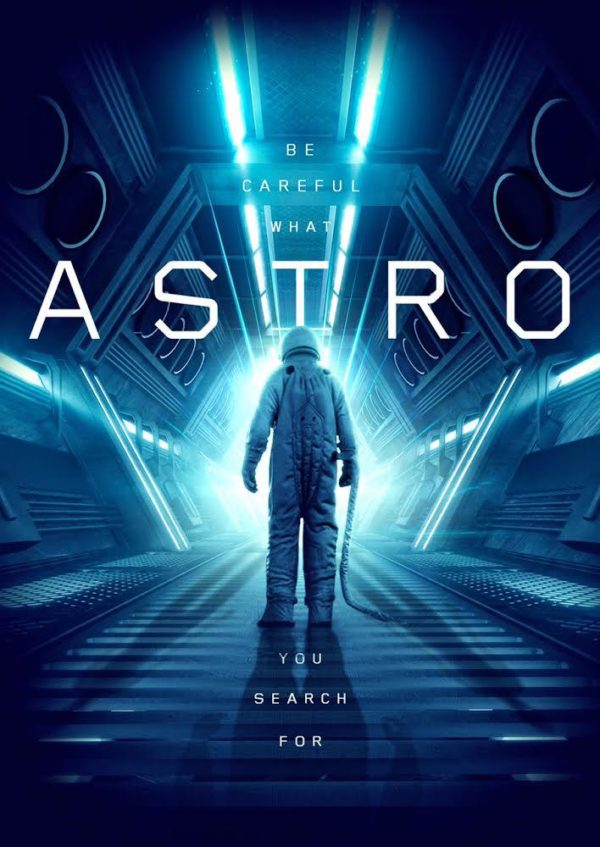 Alexander, a billionaire who has developed his private space program, returns from a parallel universe through a black hole with an pointy-eared emo-alien. He finds out it somehow has identical DNA to his old military buddy Jack (Gary Daniels). Alexander now wants to take the reluctant Jack on a new space journey. Meanwhile Alexanders evil son, accused of something #metoo-related, is tweeting that everyone will soon be owned by him and his space travel daddy. Jack probably just wants to live in peace at the farm with his daughter. But could this pointy-eared emo-alien somehow be his star-child?

ASTRO is one of those “slap-a-name-someone-might-remember-from-something-else”-on the DVD cover type of movies you throw a glance at when digging through the bargain bin, looking to add just one more title to your “buy 3 pay for 2” findings. That “slapped-on-name” in question is GARY DANIELS, professional kickboxer turned action-star. Maybe you recognize him from ‘Fist of the North Star’ (Tony Randel, 1995), that classic (and totally awesome) “Street Fighter Fight” with Jackie Chan from the otherwise mediocre ‘City Hunter’ (Wong Jing, 1993) or as “The Brit” from ‘The Expendables’ (Sylvester Stallone, 2010). Gary Daniels was probably never, even at his peak, reaching much more than a second-rate Van Damme status, and while a bunch of his movies back in the 90’s weren’t that hot either, he does have a handful of really impressive lower budget action romps under his belt. He was a bit stiff, with big 90’s jeans and weird hairdos but a great kicker. He had something about him and was never afraid to take off his shirt.

Especially the stuff he did for PM-entertainment ranks amongst his, and their finest. A company specializing in the most outrageous over the top action put to screen and lots of it. Movies like ‘Rage’ (Joseph Merhi, 1995) and ‘Recoil’ (Art Camacho, 1998) are so action-packed as to leave you exhausted (I lost count at Recoils 4th car-chase). These movies were a playground for stunt coordinators and action directors where they experimented and shaped a visual vocabulary which since has found it’s way into big budget action fare and influenced vehicular action in particular. Featuring exhilarating dynamic editing and camera placement and insane dangerous-looking stunt work. Of special note/recommendation is also ‘Blood Moon’ (Leung Siu-Hung, 1997), which is still one of the best examples of how to do a Hong Kong influenced American Martial Arts movie. It’s insane, cheesy and over-the-top in all the right ways, imbued with an energy soley lacking here. While I do understand this could never be that, it sure as hell didn’t have to come to this.

It’s sad to see Gary Daniels stooping to this level, but hopefully 98% of the budget went to his salary (looks like it). Everyone else involved should work for free or, at tops a sandwich. This is a sci/fi thriller on a smaller budget than what it will cost you to pay for the dvd/vod. A couple of third rate Star Trek cosplayer emo-aliens skulk around in someone’s basement while someone’s friend has provided a CGI-spaceship inspired by early sci fi-channel/Playstation 1. Amateurish, charmless and awful, it starts out with a quote by Plato and goes downhill from there.

Asif Akbar is credited as writer/producer/director/editor and seeing that this is not his first film, lets just hope its his last. This is just bland, digitally ugly, formless crap. Plagued with 90’s edited dream/flashback montages complete with whooshing sounds, voice overs and ugly ass music that just haphazardly starts and stops mid-scene. Dialogue scenes seem to feature every single take, just haphazardly put together. And the movie has *SPOILER* no ending *END OF SPOILER*. They did manage to rent a couple of drones to add production values, but elsewhere a flashlight will have to suffice as a laser show. If only it had been juiced up with some semblance of fun and/or energy, opting here instead for a pretentious seriousness and appalling amateurishness making this a bafflingly dull and dreary slog. There is absolutely no enjoyment to be had in Astro. 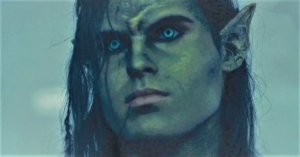 Gary Daniels, while never a particularly charismatic lead, here in his later phase is a real bore and is barely showing up for work (who can blame him?). Attached to the right project he could probably still pack a punch. If he could be bothered that is. With a modicum of presence and some physical chops intact he at least deserves so much better than this.

In conclusion: this 104 minutes Sci Fi/drama features two short burst of fisticuffs and is elsewhere consisting of awkwardly shot/edited sci fi-mumbo jumbo exposition coupled with some dreary flashback montages. To add insult to injury this is proposed as the first installment of a planned franchise, which is of course preposterous and… not funny.

Avoid Astro and go dig up some 90’s Gary Daniels!