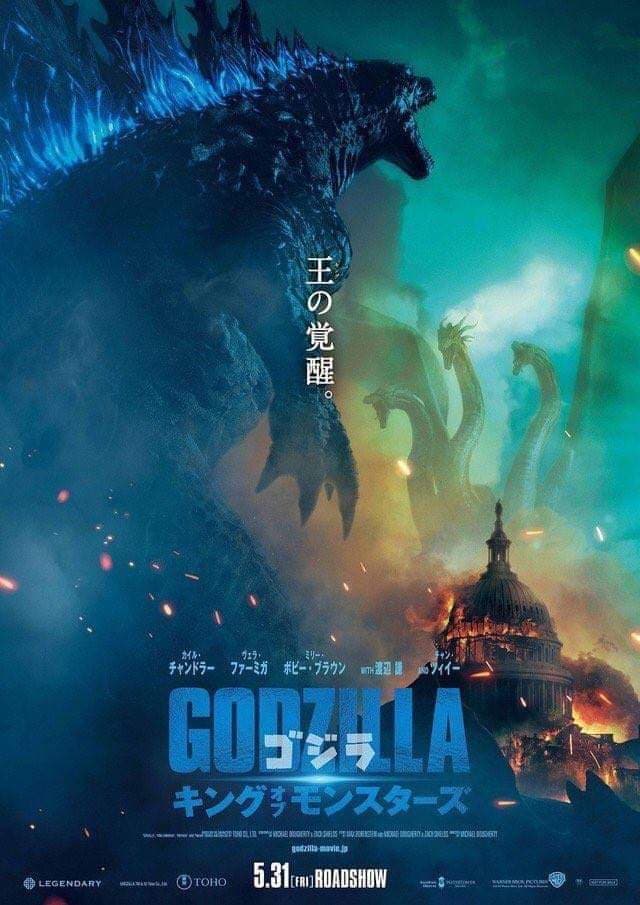 UPDATE: Trailer #2 is here along with the latest Poster above!

UPDATE: The first official images (via Entertainment Weekly) is here giving us a first look at the ‘King of the Monsters’ himself, ‘Godzilla’ along with actress VERA FARMIGA and MILLIE BOBBY BROWN!

UPDATE: Production on the sequel is now underway and the official plot of the film has been revealed.

SYNOPSIS: The new story follows the heroic efforts of the crypto-zoological agency Monarch as its members face off against a battery of god-sized monsters, including the mighty Godzilla, who collides with Mothra, Rodan, and his ultimate nemesis, the three-headed King Ghidorah. When these ancient super-species—thought to be mere myths—rise again, they all vie for supremacy, leaving humanity’s very existence hanging in the balance.

Starting with 2014’s ‘Godzilla’ and continuing with this year’s box office hit ‘Kong: Skull Island’, Legendary’s “MonsterVerse” is beginning to take shape. ‘King Of The Monsters’ will eventually lead up to the highly anticipated monster showdown ‘Godzilla vs King Kong’ set for release on May 22nd, 2020.

The film takes place several years after the events of 2014’s ‘Godzilla’ with Ziyi portraying “a significant figure within the covert Monarch organization established in that film.”

Lets hope her role has more of a purpose than fellow Chinese actress Jing Tian’s character in ‘Kong: Skull Island’.