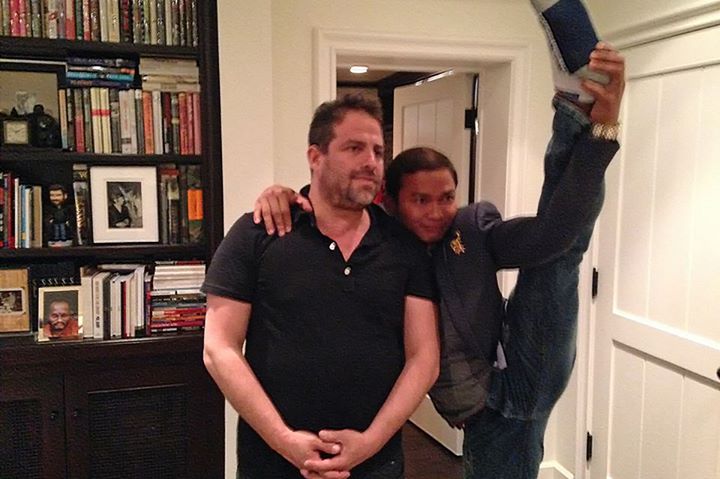 Looks like Thai action star TONY JAA (Ong Bak) and director BRETT RATNER (Hercules) is planning to collaborate on a “secret project” according to their mini conversation on Twitter! 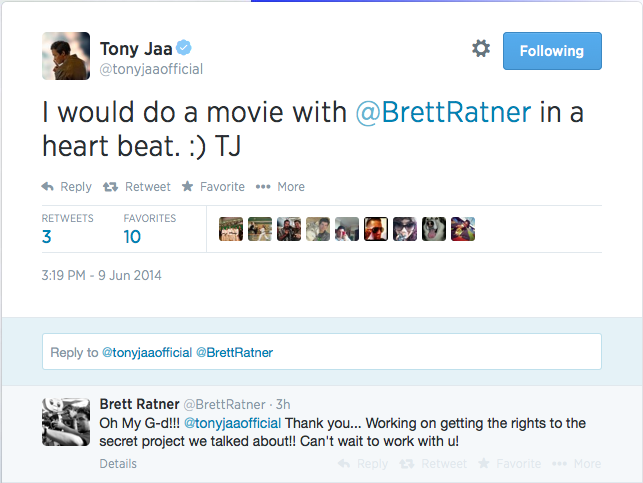 Ratner is no stranger to working with an international martial arts superstar after teaming up with JACKIE CHAN for three RUSH HOUR movies. What kind of film do you think Ratner have planned for Jaa? Will it be an action-comedy like ‘Rush Hour’? Perhaps Ratner could convince Jackie to join this “secret project” and fans will get to see a dream match-up between Jackie and Jaa!? Let the speculations begin!

Tony Jaa can next be seen in his Hollywood debut next year in FAST & FURIOUS 7, SKIN TRADE with DOLPH LUNDGREN and MICHAEL JAI WHITE, and SPL 2 with WU JING. As for Brett Ratner, his next movie is this summer’s potential blockbuster HERCULES starring DWAYNE ‘THE ROCK’ JOHNSON, which is set to be release on July 25th. Check out the trailer for ‘Hercules’ here.