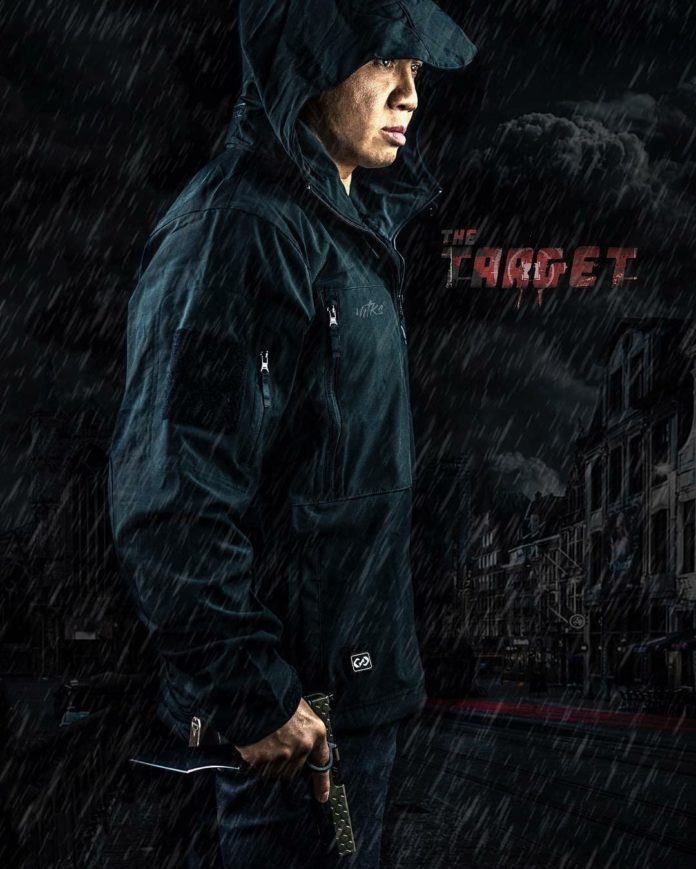 UPDATE: Check out the latest poster for The Target above!

UPDATE: Actress Truong Ngoc Anh has dropped out of the project for an undisclosed reason. But with bad news comes good news as NGO THANH VAN aka VERONICA NGO (The Rebel, Star Wars: The Last Jedi) has came on-board as producer via Studio 68 Production. Also joining the crew is Wing Chun practitioner and independent filmmaker PETER PHAM.

MAAC recently sat down with Cung Le himself for an interview (click HERE) and he passed on to us the exclusive first Poster for THE TARGET below (design by Yoshi Vucious).

Follow Le on his FACEBOOK and INSTAGRAM @cungle185 for real-time updates on ‘The Target’. In the meantime you can catch him throwing it down with Tony Leung Chiu Wai and Jeeja Yanin in ‘Europe Raiders’.

UPDATE: Jackie Chan Stunt Team member VI-DAN TRAN (AMC’s Into The Badlands) has joined the crew of THE TARGET as the director of photography. Best known for his stunt work on ‘The Foreigner’, ‘Bleeding Steel’, and most recently the third season of the hit martial arts series ‘Into The Badlands’, the announcement to bring Tran on board was made via Instagram:

The press announcement was made at an event held at the Saigon Sports Club gym in Ho Chi Minh City, Vietnam.

‘The Target’ is written by Le himself and the film’s synopsis is as follows:

Production starts this July in the U.S., Russia, and Vietnam, with a targeted release date in Summer 2019.

In the meantime, Truong Ngoc Anh can be seen later this year alongside martial arts stars Andy On and Scott Adkins in Ernie Barbarash’s ‘Abduction’.