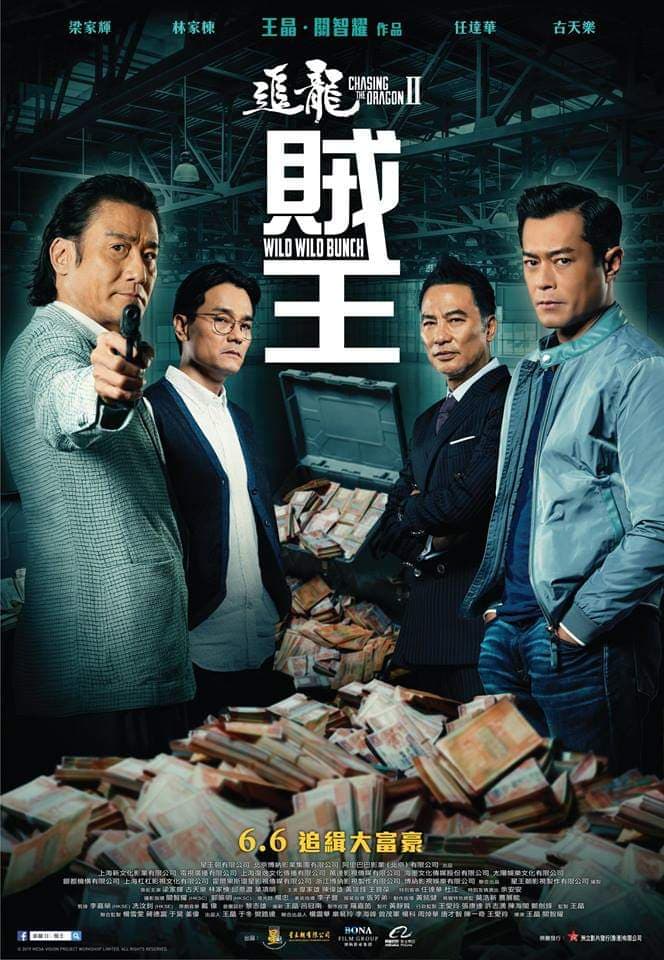 UPDATE: Have a look at the U.S. Trailer via Well Go USA!

UPDATE: The first teaser is here as the film has undergone a name change to Chasing The Dragon 2: Wild Wild Bunch. Also check out the character Posters below featuring Tony Leung Ka-Fai, Louis Koo, Simon Yam, and Gordon Lam.

A sequel to the Donnie Yen/Andy Lau crime thriller ‘Chasing The Dragon’ is in the works, but the term “sequel” should be use very loosely. Similar to the “SPL” franchise, the follow-up is only related to the original thematically with a whole new set of characters and story.

WONG JING and JASON KWAN (Chasing The Dragon) both returns to direct CHASING THE DRAGON 2: MASTER OF RANSOM which follows the real-life kidnapping events that terrorised Hong Kong’s elite in the 1990s.

With the original based on real-life gangster Ng Sek-ho (aka Crippled Ho) and the sequel following real life kidnapping events, we can pretty much expect a third film to round out the trilogy covering another true crime story.