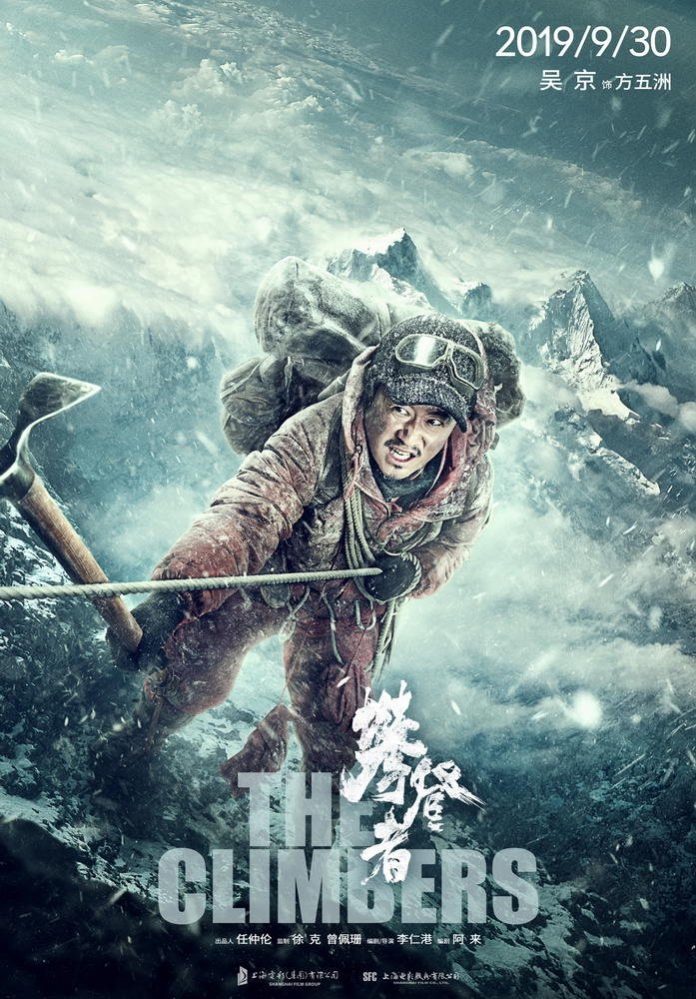 UPDATE: See the latest Trailer below!

UPDATE: Have a look at the behind-the-scenes featurette below!

UPDATE: The first Trailer for The Climbers is here!

UPDATE: Have a look at the character Posters below!

UPDATE: Check out the latest Posters below which reveals the September 30, 2019 release date!

UPDATE: Action legend Jackie Chan (The Foreigner) has been confirmed to join Wu Jing in Climbers!

The film follows “real-life expedition of Chinese climbers Wang Fuzhou, Gonpo and Qu Yinhua, who made a historic ascent up Mount Everest’s North Ridge in 1960. The Chinese team was the first to successfully climb Everest’s north side, which is known to be especially perilous. The trio famously left a small statue of Chairman Mao atop the summit before returning midway down the mountain to rescue a fourth member of their team who was unable to complete the climb.”

Jing Boran (Monster Hunt) and Hu Ge (1911) will play the other two climbers alongside Chan and Jing with Zhang Ziyi (Crouching Tiger, Hidden Dragon) rounding out the cast as a Chinese meteorologist who assists the mission. Chan’s role is expected to be more of an extended cameo.

Production is currently rolling with a release date targeted for Chinese New Years 2020.

UPDATE: Martial arts superster Wu Jing (Wolf Warrior 2) is confirmed to headline Daniel Lee’s Qomolangma aka Climbers! As seen in the image below, Wu is currently training for the role of the Chinese mountaineer.

The film is set to co-star Zhang Yi (Operation Red Sea), Lin He (The Founding of a Republic), Lawang Lop (Phurbu & Tenzin) and Choenyi Tsering (Zhong Kui: Snow Girl and the Dark Crystal).

Despite previous rumors, Jackie Chan has still not been confirmed to join the cast. Stay tuned!