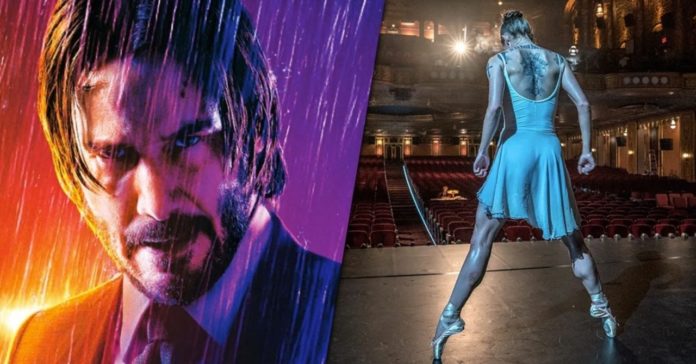 “Having him [Ballerina director Len Wiseman] on board and approaching some of the action design from a slightly different perspective, meaning the set pieces, the character involvement, how and what he wants to do during the action sequences, makes it kind of fresh. So, we’re not just copying ourselves over and over again with gun-fu or something like that. And because the character is different, we’re going to get a different take on things. But as far as the level, the competence or the style of action? Yes. I plan to be there to assist whenever I can. And our 87eleven stunt team will be very actively involved in helping Len in all his action needs.”

He added: “He had a take that he wanted to pitch to (producer) Basil about how Ballerina fit into the John Wick world and how he could really spin it and put his taste on it. So, Basil and Thunder Road heard the pitch, and they wanted me to hear it. So, I went to dinner with Len, and he pitched me on his ideas and what he wanted to do with it. I already think he’s a really good director, and I think he gets the tone. I think he understands action, and I think he’s got a good visual style. And right off the bat, I was like, ‘Oh, we’ve got to get this guy. He gets it.'”

No stranger to female-driven actioners, Wiseman is the man behind the bullets mayhem of the vampire/werewolves franchise Underworld.

No news yet on who will star, so stay tuned for more details.

In addition to The Continental TV series and a fourth installment of John Wick, Lionsgate is planning on expending the ‘Wick’ universe even more with a female-centric spin-off titled Ballerina.

‘Ballerina’ is described as a mix between Luc Besson’s classic ‘La Femme Nikita’ with the hyper-stylized feel of a Quentin Tarantino or Matthew Vaughn type of film-making. The plot follows “a young woman raised as an assassin who must hunt down the other assassins that murdered her family.”

The film is produced by Basil Iwanyk (John Wick) with a script written by Shay Hatten (Maximum King!). A director is yet to be named.