Co-directed by WONG JING and veteran cinematographer JASON KWAN (which explains how bloody gorgeous the film is), CHASING THE DRAGON is a remake of 1991’s ‘To Be Number One’ and follows the story of real-life drug lord ‘Crippled Ho’ (played by DONNIE YEN) from his humble beginnings as a Chaozhou native struggling to survive with his “brothers” in the mean streets of 1960s Hong Kong to his rise as the city’s most notorious drug kingpin. His success to godfather-like status was achieved by partnering up with corrupt police officer ‘Lee Rock’ played by the always-charismatic ANDY LAU. Lau is no stranger to the role as he has portrayed ‘Lee Rock’ previously in the Wong Jing produced films back in 1991’s ‘Lee Rock’ and ‘Lee Rock II’. Therefore the character fits Lau like a glove as he jumps right back into the role with ease.

Supporting characters are filled by a number of Hong Kong veterans such as Philip Keung, Kent Cheng, Ben Ng, Ken Tong, and Felix Wong. Each of which elevates the film that much more with their credible resume. This is especially true with Felix Wong, who despite his limited screen-time manages to shine as the honorable officer who follows the law at all cost without an ounce of corruption in his blood. 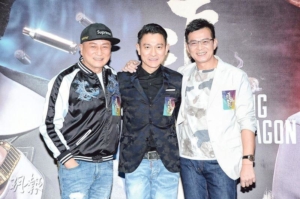 Martial arts star Philip Ng even made a cameo appearance in a brawl scene with Yen. Unfortunately this is not a “martial arts” film so a proper throw down between the two is still left to be desired.

With so many veteran stars in this film, the one that shines the brightest is none other than DONNIE YEN. Fans of Donnie has seen him play many roles before from a righteous yet evil Commander in ‘Once Upon A Time In China 2’ to the playful and highly skilled ‘Wu Kong’ in ‘The Monkey King’, and most recently a calm family man/Wing Chun master in ‘Ip Man’. But despite having made over 50 plus films throughout his career, Yen has never portrayed a role like ‘Crippled Ho’. 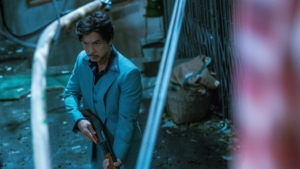 He definitely shows range in his performance by going from the sensibility of a caring brother in one scene to a ruthless me-against–the-world aggressiveness in the next. He takes the audience on an emotional roller coaster ride as we witness his evolution to become one of the most powerful king pin in Hong Kong. ‘Crippled Ho’ will change the way fans view Donnie Yen. He will no longer be known as just a “martial arts” or “kung fu” star. Yen will finally be recognized as an ACTOR. Period. 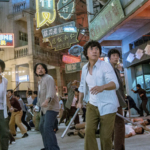 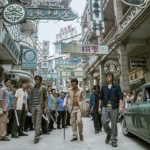 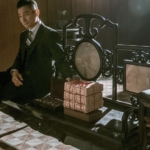 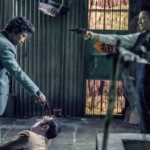 Pairing up Lau and Yen is a stroke of genius and makes you wonder why it took over 30 years for this to finally happen. Overall, ‘Chasing The Dragon’ is a solid gangster crime drama that combines the bloody violence of triad classic “Young & Dangerous” with the smarts of “Infernal Affairs”. And did we mention that Yen manages to deliver a performance to remember without having to throw a single signature kick? Now that in itself is worth the price of admission. 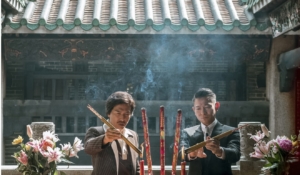