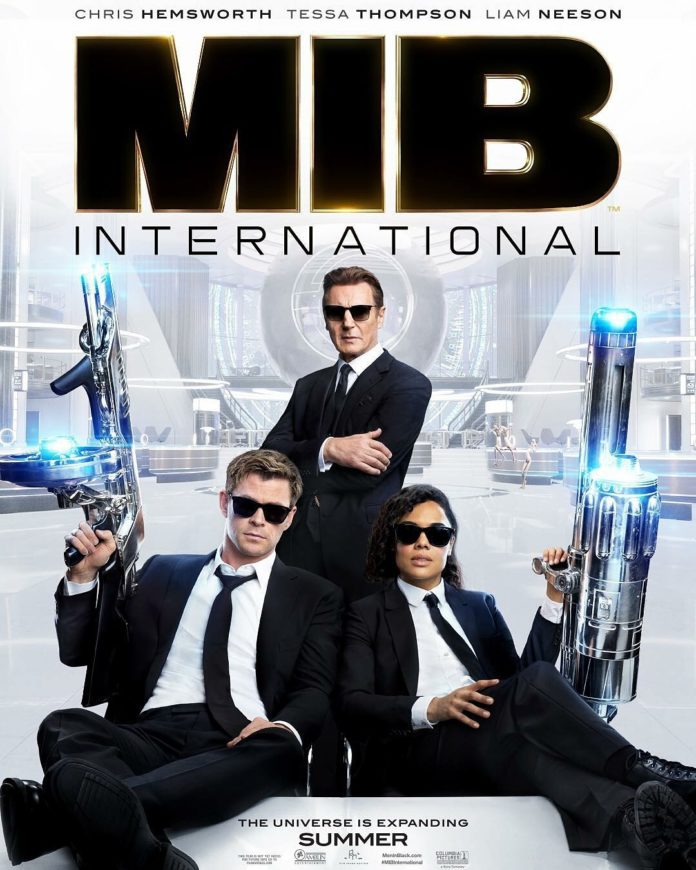 SYNOPSIS: The Men in Black have always protected the Earth from the scum of the universe. In this new adventure, they tackle their biggest, most global threat to date: a mole in the Men in Black organization.

UPDATE: The official title has been revealed as Men In Black: International.

UPDATE: The MEN IN BLACK is about to add a man with a very particular set of skills as LIAM NEESON (Taken) is in final talks to portray the head of the U.K. branch of the agency.

A teaser Poster has also been released for the spin-off below!

‘Thor: Ragnarok’ duo CHRIS HEMSWORTH and TESSA THOMPSON is set to reunite for the upcoming spin-off of the sci-fi blockbuster MEN IN BLACK. The spin-off will be directed by F. GARY GRAY (The Fate Of The Furious) and written by MATT HOLLOWAY (Iron Man) and ART MARCUM.

The original trilogy follows the adventures of Agent Kay (Tommy Lee Jones) and Jay (Will Smith) who works for a secret organization that monitors extraterrestrial interactions on Earth.

Not much else is known about the spin-off besides the fact that it will be more of an ensemble film.